When a consumer wants to pay with LevelUp, they will present a QR Code on their mobile device or physical card. This QR Code will be scanned by a LevelUp Scanner (or any 2D compatible scanner) which is plugged into the POS. The POS should also support manual entry for codes that are unreadable or in case there is malfunctioning hardware. 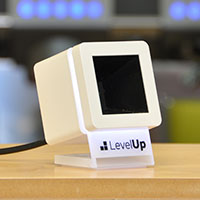 LevelUp produces custom LevelUp Scanners which are optimized to read LevelUp QR Codes from a mobile device. The scanners can connect via USB or Bluetooth as a keyboard (HID), or via USB serial. 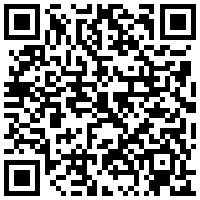 It is important that a consumer can scan their QR Code at any time during the transaction process. If your POS is capable of identifying and “caching” the QR Code at any time during the order then it should capture and store that QR code to apply payment to the current check. If your POS cannot “cache” the code, LevelUp Scanners come with an optional physical button that can be connected to the scanner. If the physical button is connected, the QR Code will be cached in the scanner until the POS is ready to receive it, at which point the cashier can press the button to release the QR Code.